The Horvaths do it again. The Treat table has had the pleasure of doing this party for three years in a row! I love the idea of the table design coinciding with the hosts costumes. This year they were vampires. So i played with the BATS and actually made a cutout of Castle Bran. How awesome is his makeup! 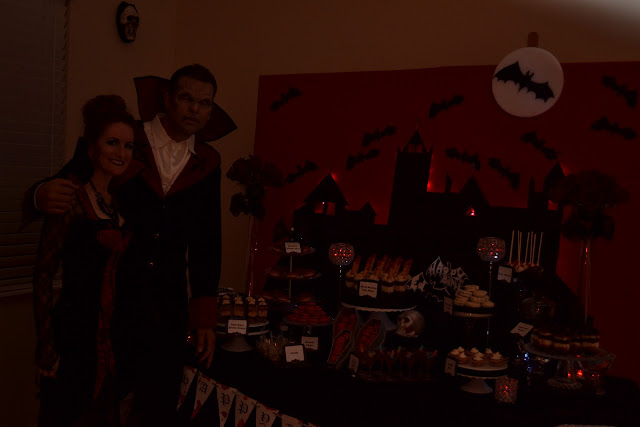 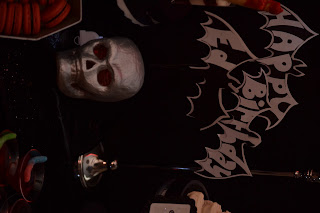 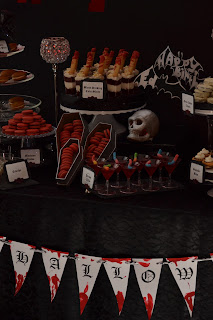 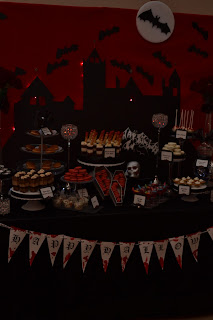 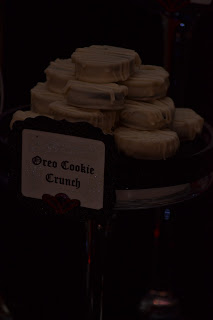 Posted by The Perfect Piece of Cake at 11:57 AM

Promote Your Page Too