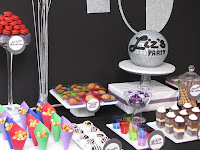 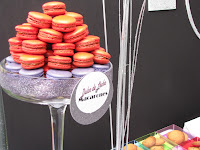 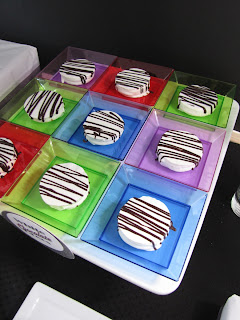 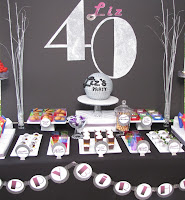 This disco party was so much fun.  When the client mentioned she was having a disco themed party, the idea of Studio 54 was burned in our brains.  The Treat Table had all the design elements of disco: the signature mirrorball, the square colored plates to mimic a lighted disco floor, and of course glitter glitter glitter!
Posted by The Perfect Piece of Cake at 11:10 AM

Promote Your Page Too